Worthy Causes Worth a Gamble 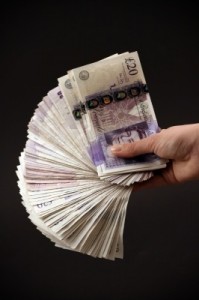 Gambling has been part of life throughout the ages. It is now a regulated industry that guarantees that punters have exactly the chance that the publicity states. The continued success of any lottery is dependent upon winners and the publicity about winners, whether they want to remain anonymous or not.

National governments have seen the opportunity that lotteries provide. They can raise funds for many worthy causes which might otherwise not get the support they need. The UK hosted the Olympics, and that involved the building and upgrading of infrastructure. Lottery funds were able to help. With that event successfully concluded, there is once again more scope for applications for funding.

Lotteries help far more causes than just sports though, for example the Arts and Heritage get a comparable amount for health and associated issues. Obviously, prize funds need to be good in order to sustain public interest, but something just short of 30% goes to support these causes. There is plenty of information on how to apply if you feel you have a good scheme worthy of support.

Lotteries have grown in size, and the Internet has allowed them to market themselves worldwide. In the case of Euromillions, the lottery was formed across national boundaries in 2004 in an initial collaboration between France, Spain, and the UK.

Across Borders
Euromillions tickets were initially only available in those countries, but within months lotteries in Luxembourg, Ireland, Austria, Switzerland, Portugal, and Belgium joined in. Tickets can be bought in local currency based upon their equivalent to 2 euros or £2, a figure that was raised as the sterling weakened against the euro. You can find a more in depth breakdown of the EuroMillions lottery, how it is played, the prizes on offer as well as other information by visiting the following:
http://www.lottery24.com/lotteries/euromillions/play-euromillions-online

Millionaires
Everyone who buys a ticket in the UK is automatically entered into a raffle twice a week that guarantees that a millionaire will be created each Tuesday and Friday. The good news in most countries is that the winnings are tax free. There are exceptions, and the notable ones are Switzerland, Spain, and Portugal, the latter two being because the recession required new tax regulations.

Online
It is a dream to win; the odds are long, but someone has to win, after all. People can buy conveniently online from one of the many companies available where each person can have an individual account with a complete history of all transactions. There is complete security, with no one having access to private financial details, and winnings are transferable out to an individual’s bank account whenever and as soon as they wish.

Good websites inevitably provide all the information any browser would want. That ranges from the information on each lottery to the frequently asked questions that people would like answered. Results should be available immediately, and if you win, an email will confirm that in no time.